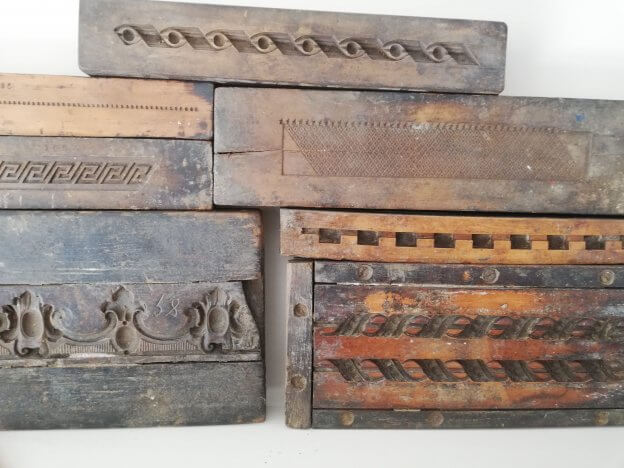 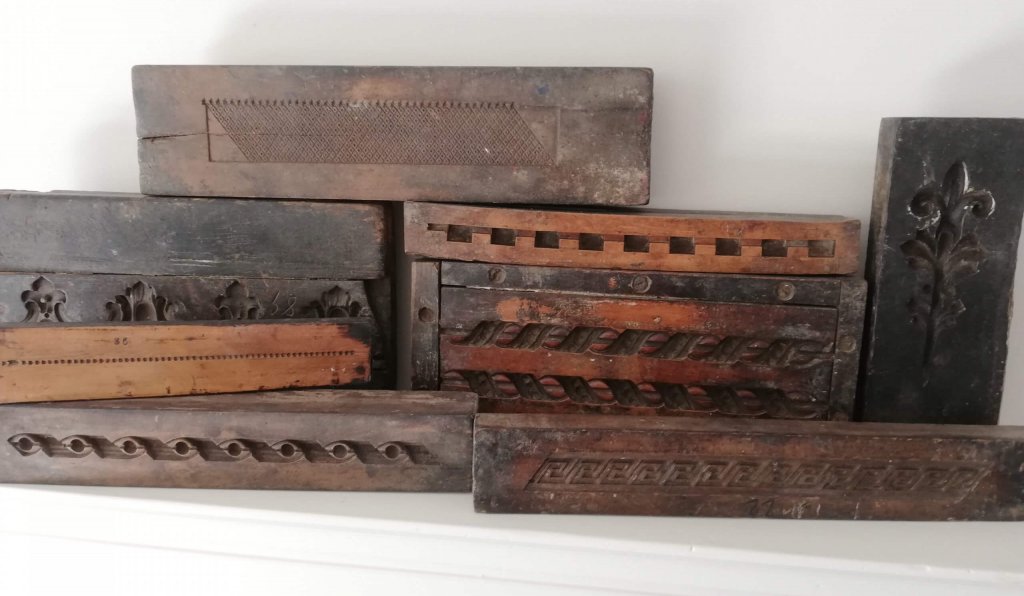 A few months ago I picked up these moulds. Hand carved in the negative, probably in boxwood, these used to be essential tools for picture framers. Each one of these would have been used to cast beautiful, intricate moulding out of Compo to adorn gilt frames. The technique became increasingly dominant because it was cheaper, quicker, and finer than the alternatives, but it was a slow revolution in the industry which started in the late 16th early 17th century.

Compo (aka Composition) is a material made from whiting (fine plaster), size (animal glue), resin, and linseed oil (1). It would have been mixed over heat until it became a pliable ‘dough’ which could be pressed into oiled moulds like mine (2). 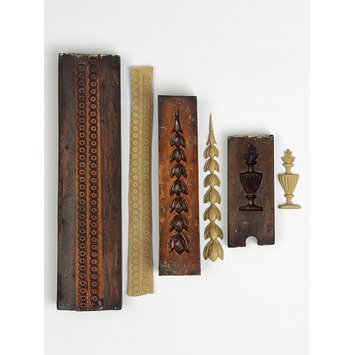 Prior to the 1700s composite mixtures did exist. In Italy it was not uncommon to use pastiglia (paste) from as early as the 1400s. The material was usually made up of glue and sawdust and could be used to make casts (3). In England as well a variety of methods were used to thicken gesso (whiting and animal glue) to create raised decoration. These mixtures were, however, often too soft or too coarse for high quality mouldings. They often required additional reworking after creation. As a result they were seen as inferior to wood carved frames and were often not much more economical (4).

The taste of the early 18th century had shifted to Rococo. Elaborate swirling designs were layered on each other to make luxurious and endlessly complicated designs. To carve in wood and then plaster for gilding or painting was exorbitantly expensive. Carvers would charge by length and separately for each different ribbon of design. Additional charges would be applied for carving intricate corner pieces and central designs or swags (5). This was a style only affordable by the wealthy or courts of Europe where money was no object. However, what if the ornaments could be cast and gilded or painted immediately?

It is reckoned that compo reduced the costs of producing frames in this style by about 80% (6). With its use the style was more affordable; size was affordable; intricacy was more affordable; gilding was more affordable. It also enabled multiple frames to be produced with the same exact design and allow these designs to be recycled in various compositions (7).  Later still in the 19th century compo could be bought premade in London and it allowed for some of the earliest factory produced lengths which now make up the bulk of modern picture framing (8).

Its uptake was of course not immediate or universal. The conservative approach of  both client and framer, as ever, made the new innovative material struggle to take hold. Picture framing at the beginning of the eighteenth century was a job for wood carvers and clients expected quality, which meant carving. The beginning of the end of this disparity between taste and economics was 1722. Frame maker André Tramblin and Pierre Delaunay (son-in-law) were sued in Paris by a customer for selling a frame which was adorned with compo instead of being carved in wood. The master carvers from the city aided the prosecution attempting to quash the innovations of Tramblin. The court chose to allow compo as long as it was labelled as ouvrage de composition so that it was not confused with wood carving. By the middle of the century Delaunay was making his compo frames for the aristocracy (9). Testament in part to the success of compo, and a true representation of the fears of carvers, historian Jacob Simons has identified that by the end of the 18th century London only had eleven master carvers where once it had six hundred (10). Compo for moulding became dominant in the late nineteenth century,

Compo is however not without its flaws. I see the problems when I restore antique frames. It adheres easily to wood when it is first made and can be produced in endlessly intricate designs, but its reaction to time on the wood causes many problems. It is an inflexible material attached to a very flexible material. Wood moves, expanding and contracting with warmth and humidity, but compo cannot. The wood forces the compo to crack and flake. Antique frames can have a good patina with a few cracks, but this would not happen if they were carved in wood. The compo, depending on the exact mixture, can also be more susceptible to shrinkage cracks and fragility. I can replace losses easily enough through producing new moulds and casts.

However, the best course as ever with antique frames is to treat them with care. Avoid over handling, keep them away from radiators and maybe even chimney breasts. In particular put them on show rather than storing them somewhere that may be damp or subject to significant changes in humidity such as attics or garages. 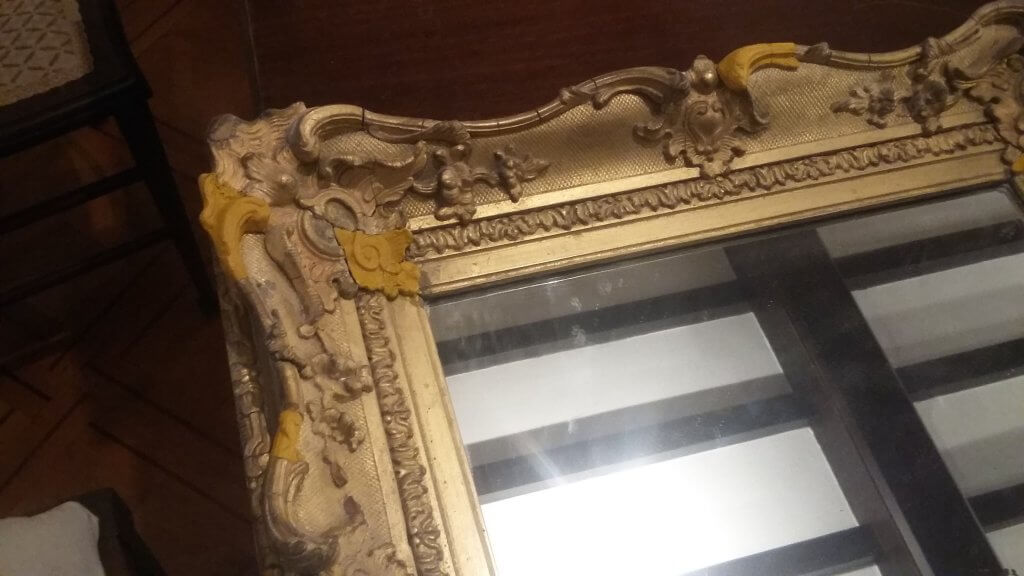 Simon, Jacob: The Art of The Picture Frame: Artists, Patrons and the Framing of Portraits in Britain (London: National Gallery Publications, 1996)