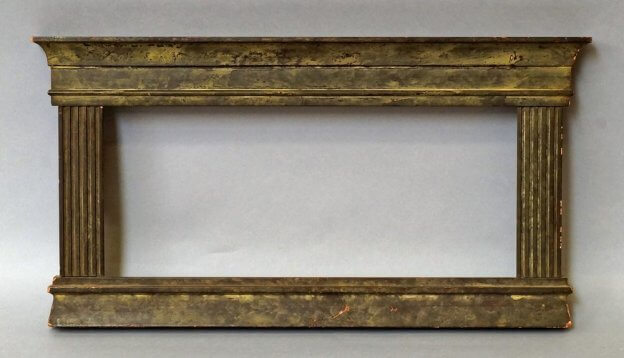 The Tradition of Tabernacle Frames

During my visit to Bodegas Tradición in Jerez, when holidays were a thing, I saw a very unusual frame (above). On three sides it was a typical Cassetta frame (square sided) which is like most modern picture frames. However, the bottom was different. The effect was a subtle transition of perspective which lead my eye into the picture. It made me easily accept the architecture of the image and suggested that I stood looking through a window witnessing the event happening beyond rather than just looking at a picture. For me this was a very powerful visual aid. More so than typical Tabernacle frames, but it is clear that it came from this tradition. I think the result also reflected my personal tastes and has encouraged me to discover more about the now less common Tabernacle frame style.

Tabernacle frames are typified by asymmetrical sides and strong architectural features. Often considered a religious style, this type of frame emerged in Italy during the Renaissance (1). Tabernacle frames are interesting for their wide range of regional designs (each city state having their own tastes) and for their relationship with the architecture of the buildings in which they were placed.

Early picture frames were engaged. This means they were integral to the overall object. The mouldings were nailed to the painted panels or sometimes carved from the same piece of wood (2). These were then prepped together with gesso (plaster and animal glue mix) before painting and gilding. When these pictures were for religious purposes the frames were vital for the protection of the artworks. Most were for altars and were designed to be folded up to hide the primary religious figure. Others were for smaller works that would have been used on traveling alters. Both types were extremely expensive and had a high spiritual value. The raised nature of the frame kept the folded wood screen away from the image thereby protecting it. 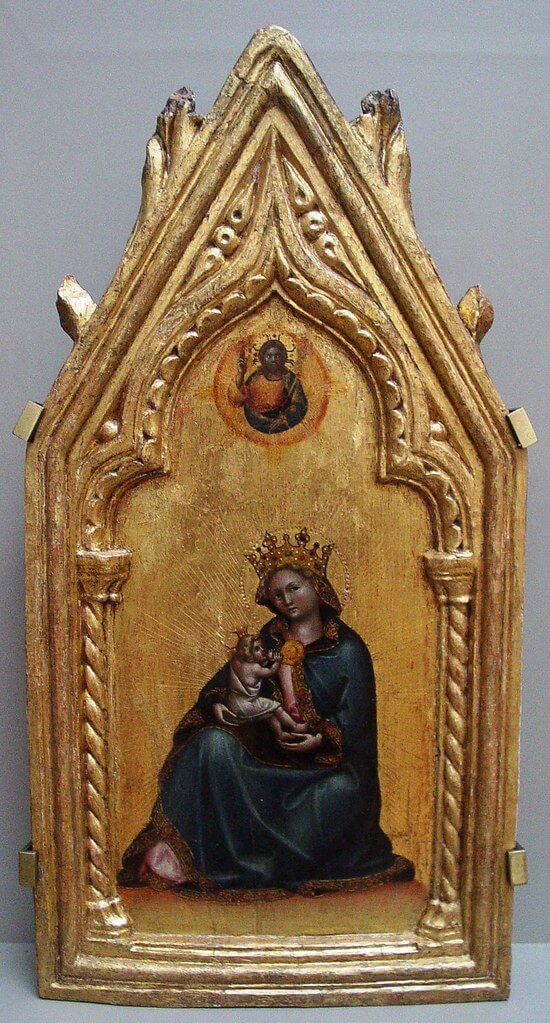 Altarpiece frames started to take on characteristics of Gothic architecture prevalent at the time. Guariento di Arpo’s Madonna of Humility (1345-about 1376) is an example of these stylistic developments (3). Works such as Jan Van Eyck’s in Ghent (completed 1432), used the frames to define the structure of the painting. The panels divide up the space in a manner akin to niches on church walls and stained glass enabling the painter to convey a story and also focus in on features of particular importance. 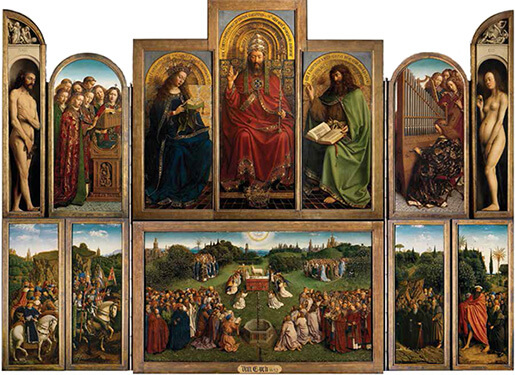 Jan van Eyck’s Ghent Altarpiece
The decoration of the frame around the Ghent Altarpiece is minimal. We should note that some of this may be due to its historiography with the frames around the middle panels probably dating from the late 18th or early 19th centuries when they were stolen during the Napoleonic wars. However, like other examples of works by Jan van Eyck, such as his grisaille (black and white) Virgin in Dresden, it has been simply marbled with grisaille (4). This blends with the architectural features in the upper panels of Adam and Eve, which show other sub stories including that of Cain and Abel.
The emergence of the Tabernacle frame in Italy fits with the tastes and prevalent fashions in religious architecture from Renaissance Italy. Classical forms overtook Romanesque and Gothic designs. Tabernacle frames reflect the structural architecture that surrounds prayer niches in churches. As a result they also became an easy way to denote religious pictures and create the right human responses outside of overtly religious structures (5).
As with Van Eyck’s altarpiece Tabernacle frames were integrated into the architecture of the paintings. This further enhanced the sense of depth and perspective that was so popular during the period. Artists would often design the frames as part of the composition to make full use of all of these aids (6).
In more recent history the connection of tabernacle frames with religion has fallen away. Now it is often used as I first described: asymmetrical with architectural features. Mirrors designed to go over fireplaces or tables are often made in this way. I think this is more to do with an association with architecture and windows rather than a link to historical tradition. As such we can make modern tabernacle frames to reflect a specific space or source antique versions such as the one below. 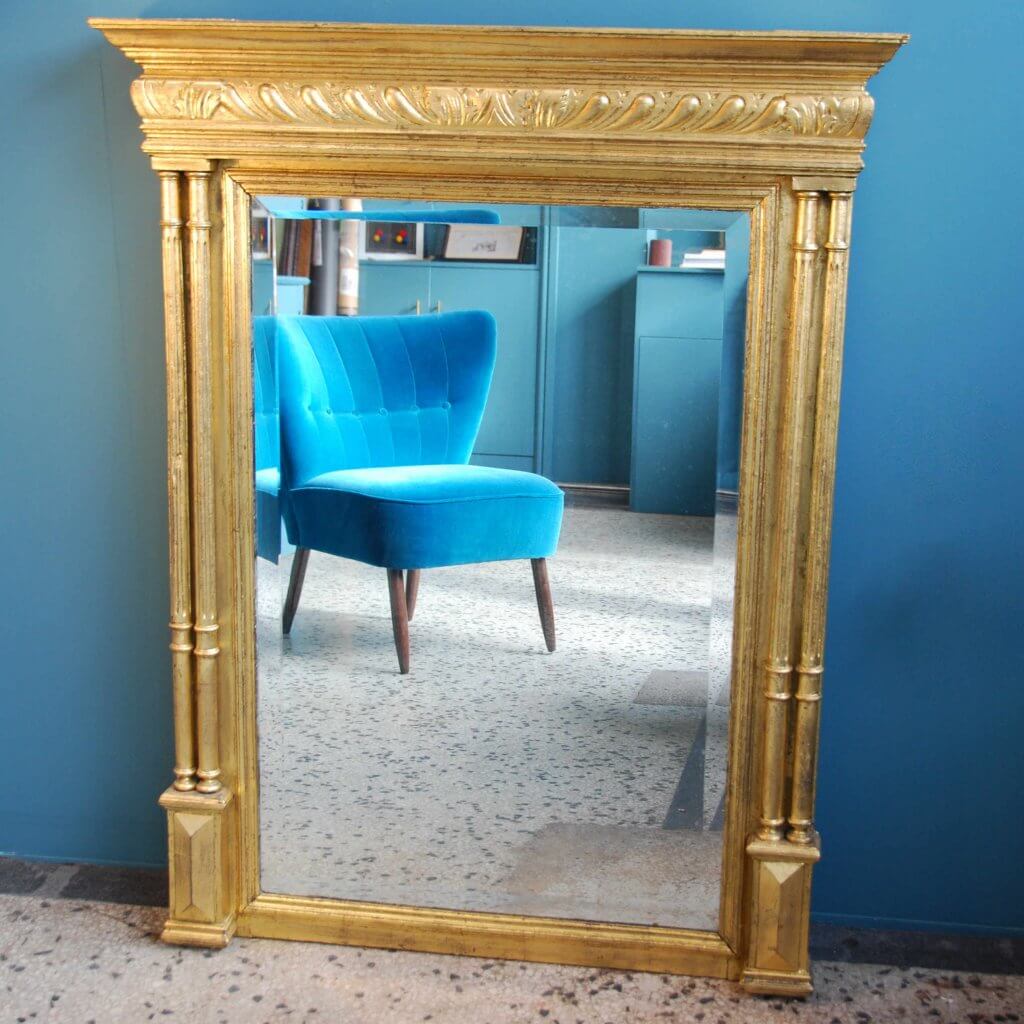