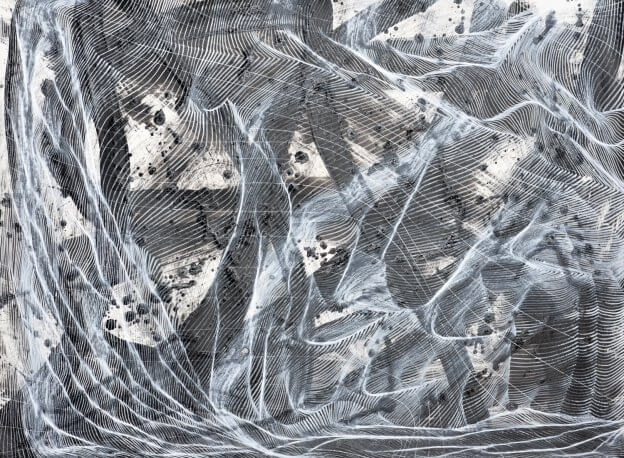 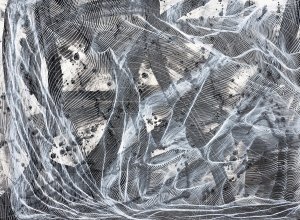 Tom Cartmill is well known for his highly textured and intricately worked monochrome abstracts. His work absorbs the viewer taking them on a journey of expression similar to that of a symphony with ebbs and flows: a trance state.

He defines his art as an exploration into the notions of time, space, and erosion. The main aim of his work is to evoke ‘a patina of experience’. This directly relates to the methods used to create his artworks, where he combines conventional painting techniques with more innovative processes.

This experience will be enhanced and focused in his next solo exhibition at The Caversham Picture Framer (27th February to 9th April).

In the past, he has been selected for several highly acclaimed international exhibitions, showing his work widely and has had work exhibited two years in a row at the RA Summer Exhibition as well as at the Royal West of England Academy on several occasions. Tom’s monochrome abstracts have also been selected for the Derwent Drawing Prize Exhibition, among several London – based exhibitions (The London Group, The National Art Prize, The Art Gemini Prize, The Discerning Eye to name a few).

In 2017 Cartmill won the Rabley Editioning Prize, seeing the production of a print edition, which was launched at the Royal Academy of Arts London in 2018. In 2019 he was selected as a ‘Future Now Artist’ by Aesthetica Art Prize, resulting in his work being published in the book ‘Future Now’ which ‘showcases the work of 100 of the most exciting artists from around the world’.

Currently based in Reading, Tom Cartmill has travelled widely and spent much of his adult life living overseas, his longest stints being in New Zealand, Spain, and Italy.

A selection of Tom’s artworks will be on display at The Caversham Picture Framer, 7 Church Road, Caversham RG4 7AA, from 27th February to 9th April. 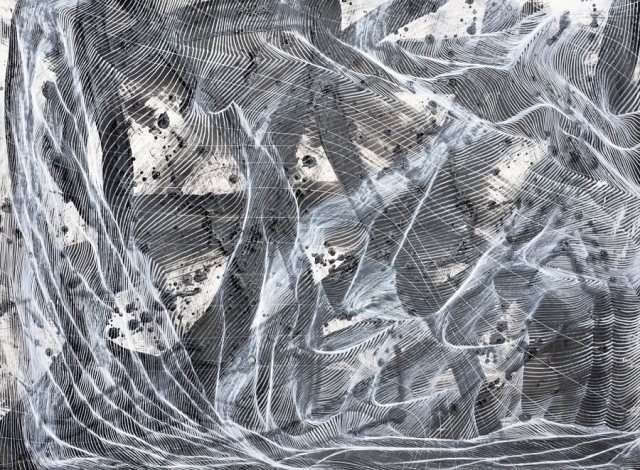 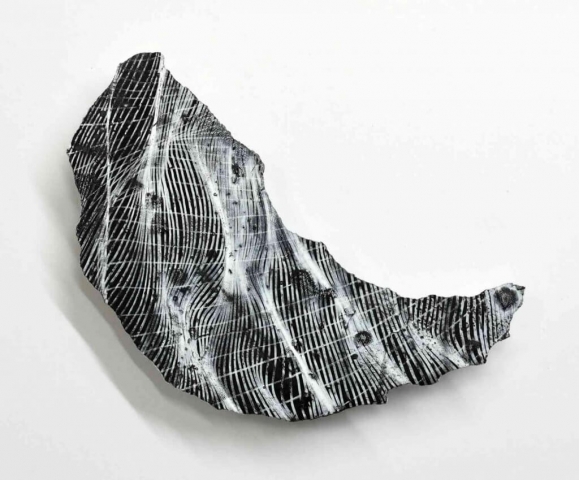 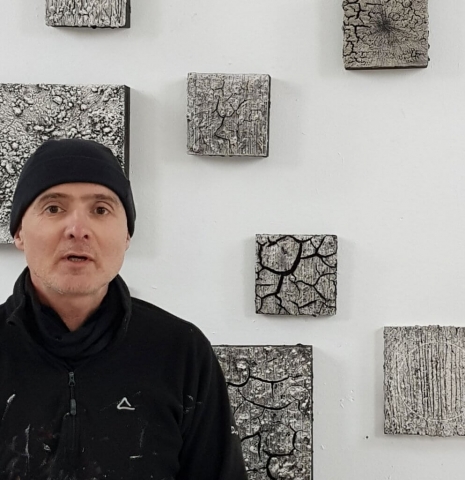